Middle school better watch out: The first eight episodes of the animated series Big Nate—based on Lincoln Peirce’s syndicated feature—debut today on Paramount Plus! Produced by Nickelodon Animation Studio, the 26-episode series features the same characters as the comic and book series, but serves up brand-new (mis)adventures for sixth-grader Nate Wright and his pals. 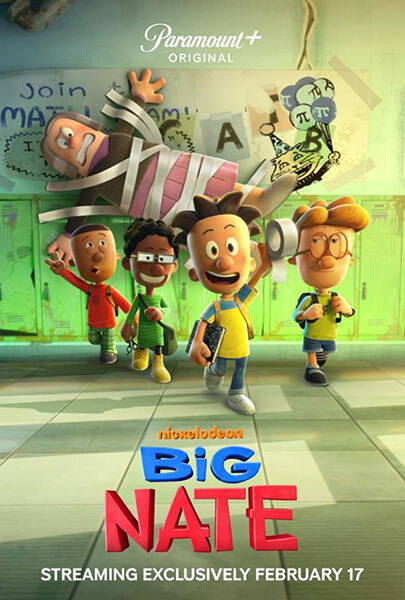 The trailer (watch it here) dropped earlier this year, preparing us for Big Nate-style disasters only 11-year-olds could possibly find themselves in. (Buckle up for tigers, robots, slime, and even more surprises. Apologies in advance to Principal Nichols.) The cast includes Ben Giroux as the voice of Nate, Kevin Michel Richardson as Nichols, Rob Delaney as Nate’s dad Martin Wright, Dove Cameron as his sister Ellen Wright, and Bryce Charles as classmate Dee Dee Holloway. (Check out the full cast here.)

Even more exciting: Our publishing team here at Andrews McMeel will publish a series of graphic novels based on the series! The first one, Big Nate: Destined for Awesomeness, will release in August 2022; the following will drop twice a year through 2024. 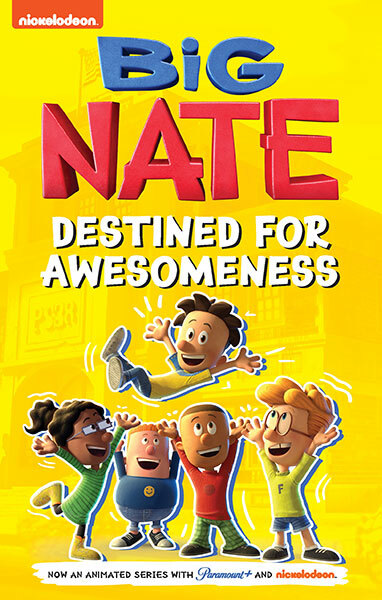 Be sure to keep up on all of Nate’s antics on GoComics, and now, on your TV, too.